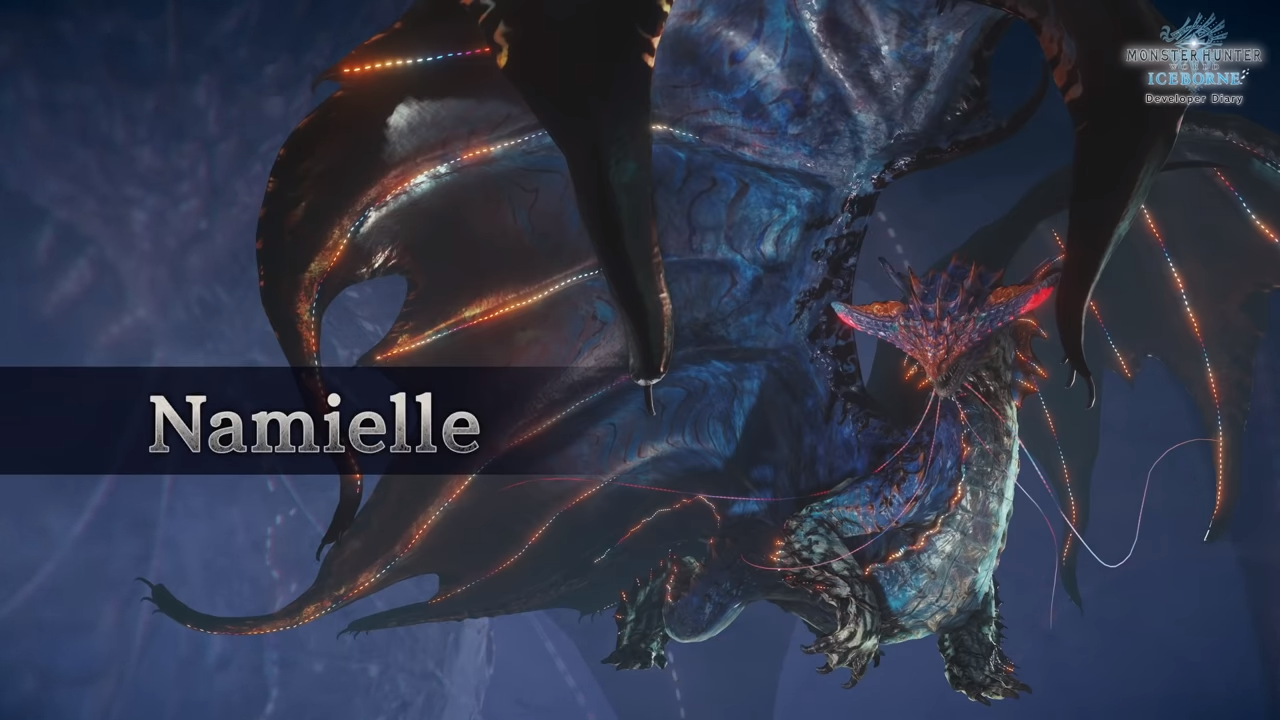 Gamescom is now upon us, and with it the release of a new Iceborne trailer, detailing the flagship monster, returning monsters, and as well as a newcomer. The trailer dubbed the Old Everwyrm, focuses on an ancient and mysterious monster. One that threatens entire ecosystems. Sneak peeks in the trailer seem to hint that Velkhana (Iceborne’s flagship) may be linked to this Old Everwyrm.

Returning Monsters get a little more spotlight again. First is Brachydios, teased during the last trailer. Having a full HD makeover, fans will surely be excited battling this crazy bad boy once more. In addition to this, it seems to have Turf Wars with Azure Rathalos. So that’s another thing to look out for and enjoy.

The next additions were ones that were revealed before, but weren’t showcased in any trailer yet. First, we have Barioth, Monster Hunter 3’s Icy Tigrex. This sabertooth wyvern is an agile, and aggressive one, able to make quick attacks and fly using a tornado it produces.

The next addition was a surprise for old fans. The Glavenus subspecies named the Acidic Glavenus. This Glavenus resides in the Rotten Vale. Normally, its tailblade has acidic crystals growing from it, making it slower but applies a debuff to hunter when stroked upon. Although when sharpened, it removes these crystals and reveals a more slender tailblade than the original Glav. Making its attacks faster, and more tailblade based.

Another Monster was teased at the end of the trailer. A new water-based elder dragon with bioluminescence, Called Namielle. That’s translated as Sea God in Japanese. While not much is known about this elder dragon, it was revealed this monster is not the Old Everwyrm being teased in the trailer.

For new and old hunters, Capcom will be giving out a free High-Rank Armor Set, to help you on your journey towards Master Rank, where Iceborne will take place. The Guardian Armor Set can be obtained by claiming it on the add-ons menu in your house.

A wide variety of buffs/nerfs and other Quality of Life changes can be seen in the patch notes of the video below:

An Eye for An Eye: Terraria x Don't Starve Together Crossover now live

God Eater 3 for the Nintendo Switch out now