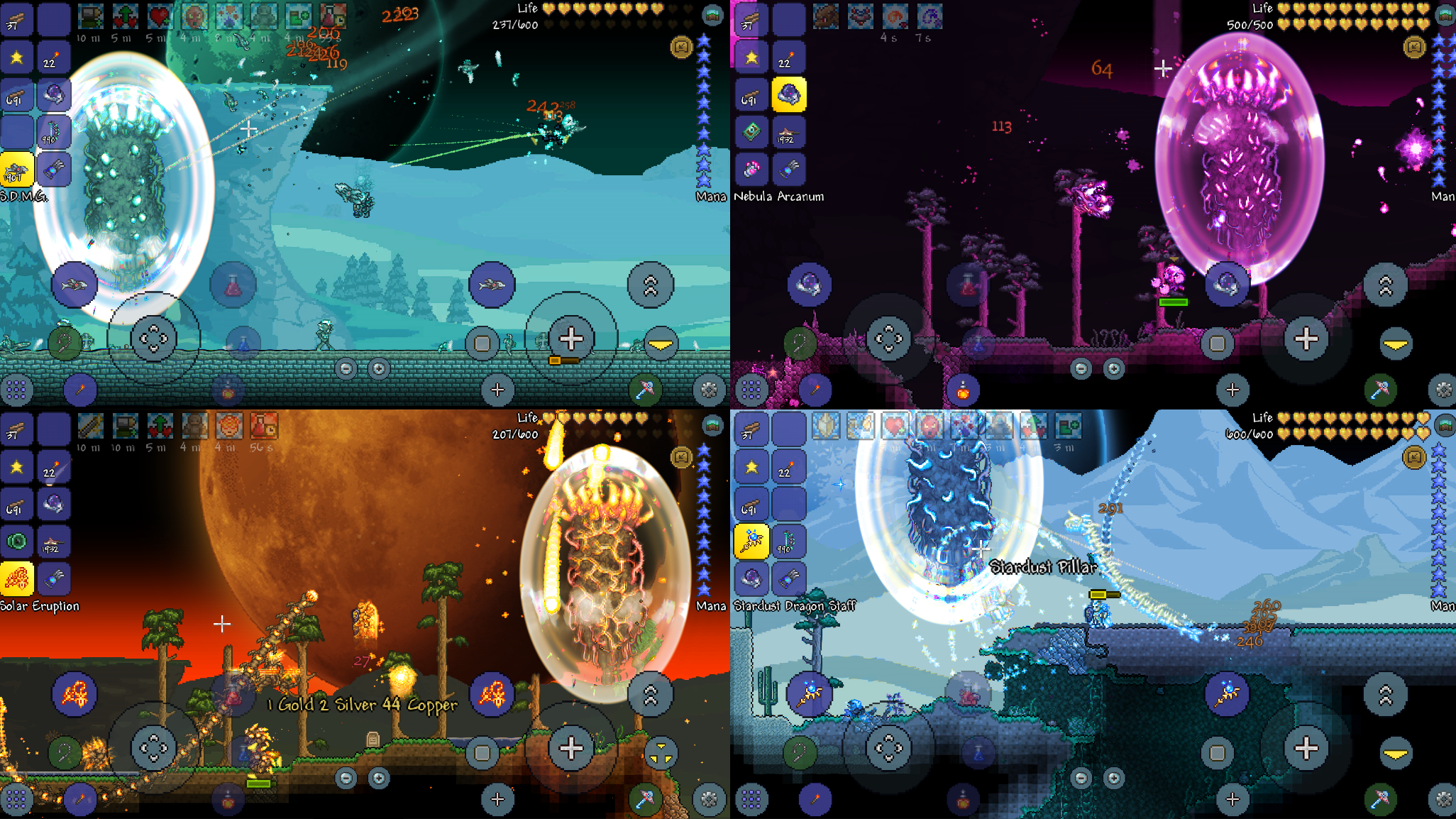 The long wait is almost over!

After months of teasers, the much-awaited Terraria Mobile 1.3 update is finally on the horizon. Players of the platform need only wait a few more days til launch.

The Terraria Mobile 1.3 will bring a slew of improvements, new items, and new bosses to the game. Particularly, Moonlord and his band of goons a.k.a the four vortices (Vortex, Solar, Nebula, Stardust) or the Lunar Events. Meaning, it’s now time for Mobile players to don the Lunar Armors and Weapons, considered to be some of the most powerful sets of equipment for the game. 1.3 will also introduce the Expert world mode, adding in a new layer of difficulty as well as new boss items. The update arrives about a week from now on August 27. For more details head on over here.