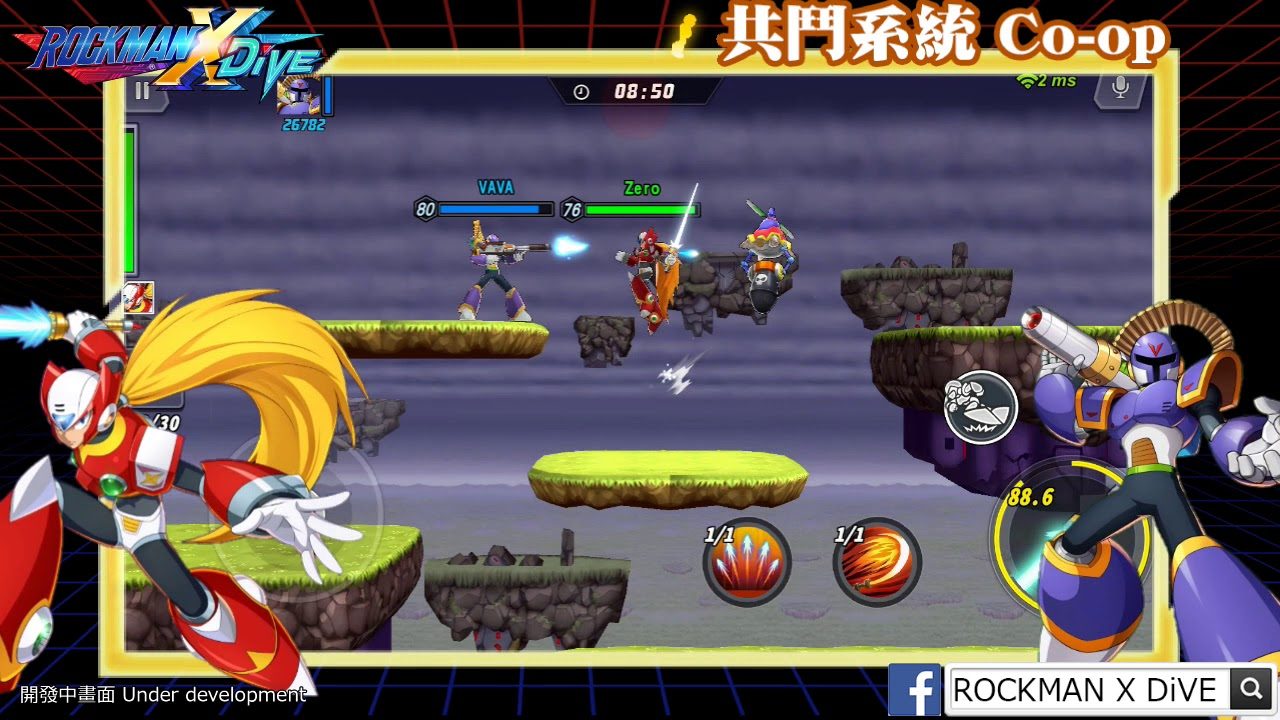 As we move closer to release, Capcom Taiwan is slowly giving us details about the new Megaman mobile title. This time around, we got a taste of Megaman X Dive’s Co-op Mode.

Announced a few weeks back, Mega Man X Dive is the latest entry to the franchise. We’ve been getting small snippets of gameplay during the last couple of weeks but this one may be the biggest yet. Looks like the game will feature 2-player co-op. The mode will be unlocked during the Global Closed Beta test happening this month. It won’t be open outright though, as players need to reach a specific level before it unlocks.

The bosses will be stronger to compensate for the additional character. Just like in any other game, there’ll be a host who gets to invite players in. If you haven’t registered for the Closed Beta Test, head on over here. Sadly, it’s only open to Android users. Only 30,000 players will be selected, registration ends on August 22nd.