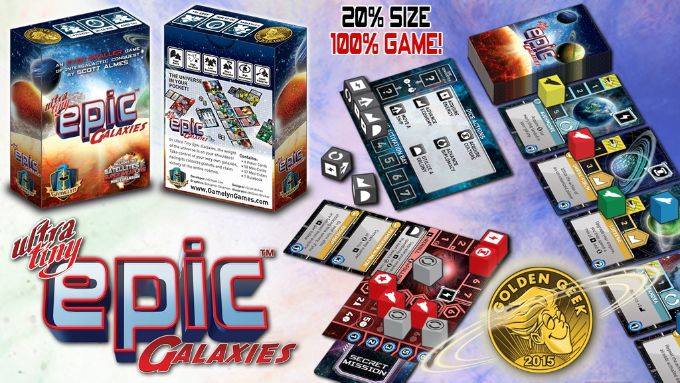 If Tiny Epic Galaxies wasn’t small enough for you, how about an Ultra Tiny version?

Ultra Tiny Epic Galaxies (UTEG) has all the components of Tiny Epic Galaxies (TEG), just in a much smaller box. To add even more surprises, Gamelyn Games crammed in the Satellites & Super Weapons mini-expansion in there too. We are getting new features though, such as five new Rogue Galaxies. So, it’s not entirely just a downscale of TEG. As this is just a minimized version of Tiny Epic Galaxies, all rules and gameplay are the same. All pledge levels are expected to be delivered by December 2019. The project lasts only 7 days, so decide fast if you want to pledge. Check out the project here and the available pledge levels below.