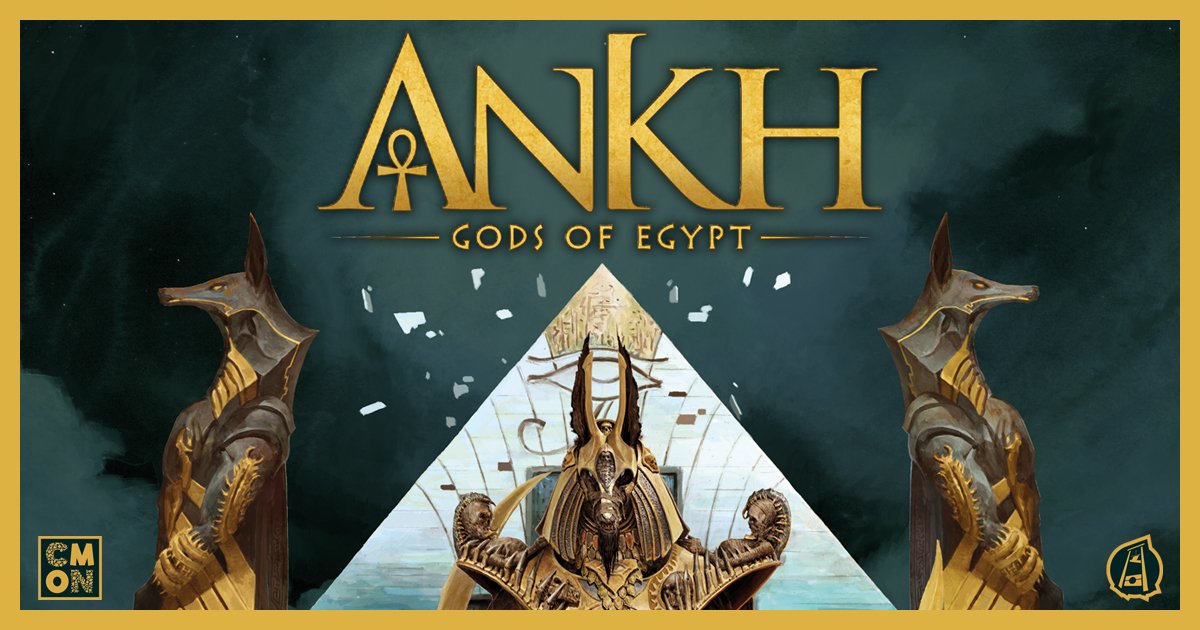 From the designer that brought you Blood Rage, Arcadia Quest, Rising Sun, and more!

Cool Mini or Not is on a roll as they announce title after title this year. First, we got Trudvang Legends on Kickstarter, then the Cyberpunk 2077 card game and finally, Ankh. The latest creation from the mind of industry veteran Eric M. Lang.

Ankh is the last and final title of Eric M. Lang’s strategic trilogy. The first two being Blood Rage and Rising Sun. This time around we’re cast in Ancient Egypt, where players take on the mantle of an ancient Egyptian God. CMON didn’t spill much detail except that the game is for 2 to 5 players and that it’s coming to Kickstarter in late 2019. That and we get to build caravans, summon monsters, and convert followers. Although, we’re guessing it’ll probably have similar elements to Blood Rage and Rising Sun. Either way, we’ll keep a lookout for further developments.