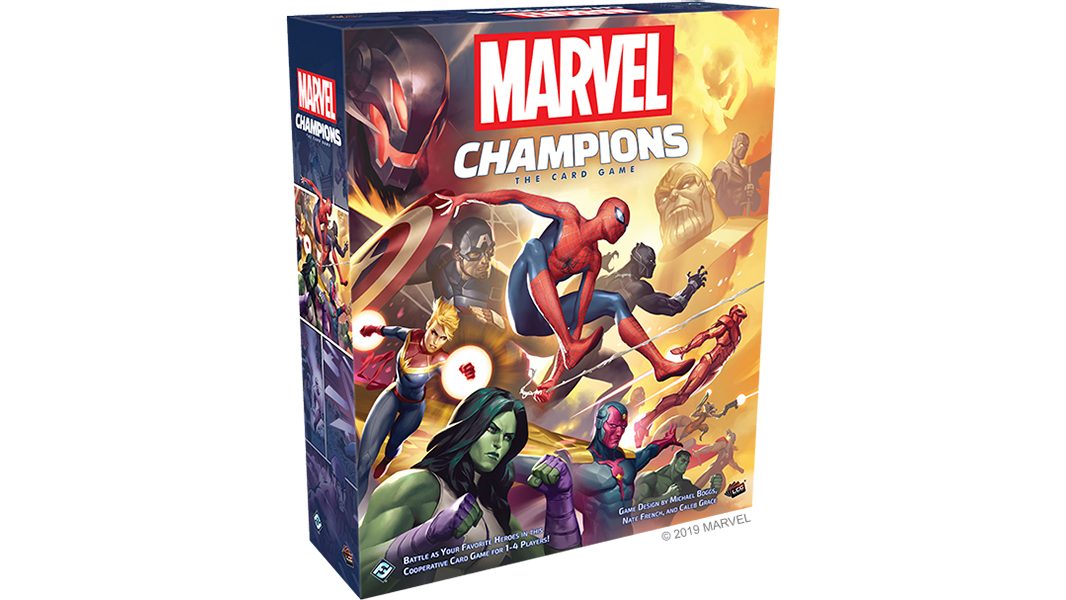 Our favorite superheroes will be recreated in this co-op living card game!

Marvel is everywhere, from comic books to movies to video games and even board games. Now, we’re getting yet another iteration of the famous franchise in the form of Marvel Champions, a cooperative living card game.

Marvel Champions tasks one to four players to take up the mantle of one of five superheroes from the famous universe. Their mission is to stop the devious schemes of infamous villains. The base set includes Iron Man, Captain Marvel, Spider-Man, Black Panther, and She-Hulk. The villains, on the other hand, are Rhino, Ultron, and Klaw. Each hero has a 40-50 card deck representing their powers, tools, and allies. Apart from that, they also have three stat values — Thwart (THW), Attack (ATK), and Defense (DEF).

Meanwhile, the villains have their own deck of encounters filled with minions and tactic cards as well as having their own values — Scheme (SCH) and Attack (ATK). The general gameplay requires players to discard cards in order to perform actions, since cards have a resource cost. The number of resources you get is depicted by the resource symbol on the lower left of a card you discard. Players also have the ability to switch character forms. Basically, the superheroes can either be in their hero form or alter-ego. Switching between forms opens up a variety of different actions

Hero form is mainly used for combat, while in alter-ego you get to recover health and gain access to a unique skill. Interestingly, villains also react to what form your character takes. If they are using their hero identity, then villains will directly attack them. However, once they swap into their alter-ego, villains will then continue to advance their nefarious schemes. Marvel Champions is a true co-op game in that the villain is controlled by an intricate system. Rather than another player or a game master of sorts.

As a living card game, expansions sets that are to be introduced in the future are complete. Meaning there is no need to hunt down that rare or unique card from packs. Fantasy Flight Games (FFG) is also promising monthly expansions, to further introduce heroes, scenarios, villains, and more. Marvel Champions is set to be released sometime in Q4 2019. We’re also getting some pretty nifty playmats. You can pre-order from the FFG website or check with your local retailers.