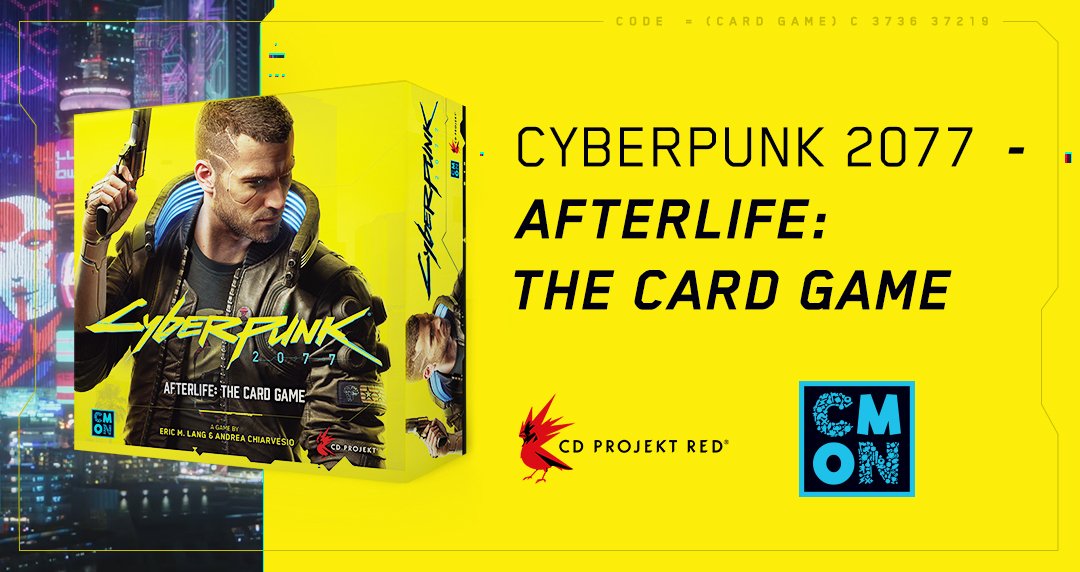 We haven’t even tasted the video game yet then this arrives!

It’s no lie that Cyberpunk 2077 is one of the most awaited video game for 2020. CD Projekt Red, known for making the Witcher franchise has announced a new Cyberpunk related card game, in collaboration with one of the biggest tabletop game makers — CMON (Cool Mini or Not).

Cyberpunk 2077 Afterlife: The Card Game makes you a fixer. In this game, you aim to recruit cyberpunks, give them gear, and send then on missions. Those who succeed from these missions become veterans, who will help newer cyberpunks in their endeavors. The goal is to amass Street Cred, the main points/currency of the game.

The game features a drafting mechanic, where you have to choose which card is the most beneficial for your cyberpunks, as long as you can afford them that is. Alternatively, you can choose to save your money for better cards. Along with the main video game itself, Afterlife: The Card Game will also release in 2020.