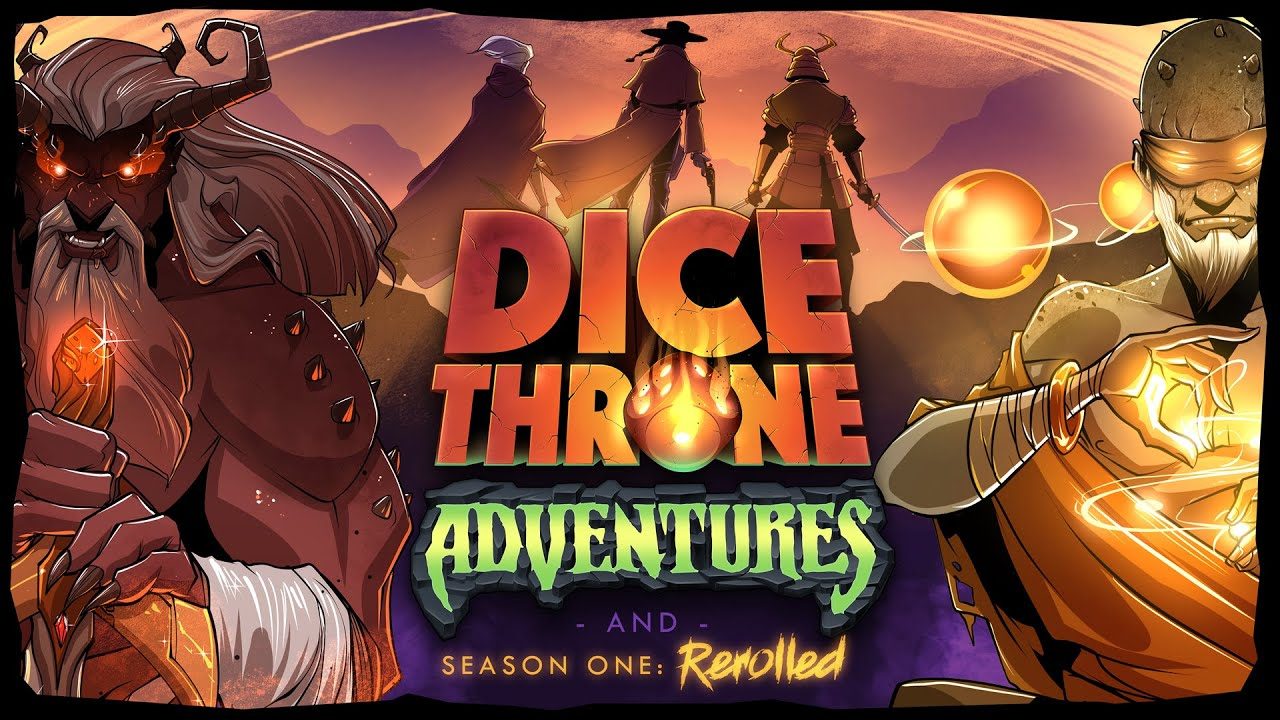 The co-op expansion to the hit competitive dice throwing board games is finally up on Kickstarter!

After much requests from fans and a few months of teasing, the Dice Throne devs finally dropped the co-op expansion to the hit competitive board game. Say hello to Dice Throne Adventures and Season One: Rerolled now on Kickstarter.

The game is fully compatible with previous releases. Choose one of the existing heroes from Season One and Two, including the newly introduced Treant and Ninja, with a group of friends for a co-op adventure. Players will be thrown into a procedurally generated dungeon, where they’ll fight minions of the Mad King as well as acquire loot and experience to power-up their heroes.

The goal of a playthrough is to search for the fallen version of one of the heroes that serve as the boss for that adventure. Season One: Rerolled is an expansion that completely redesigns the Season One heroes. It includes a revamped character art, new character boards, redesigned cards, and the Treant and Ninja heroes.

We’re getting a lot of new add-ons for the game as well as bundle pledges. Here they are as follows:

The add-ons include card sleeves for Season One, Two, Treant & Ninja, and Dice Throne Adventures Fallen. We also have a collapsible dice tray, neoprene playmats, minis, and promo packs. You can check out the campaign here, which ends in 23 days. The estimated delivery is on July or June 2020, depending on the Pledge. Note, the game requires you to at least have Season One or any of the Season 2 starter kits as Adventures have no heroes in it.

You can now pre-download Octopath Traveler: Champions of the Continent Global

Marvel Champions is the next LCG from Fantasy Flight Games