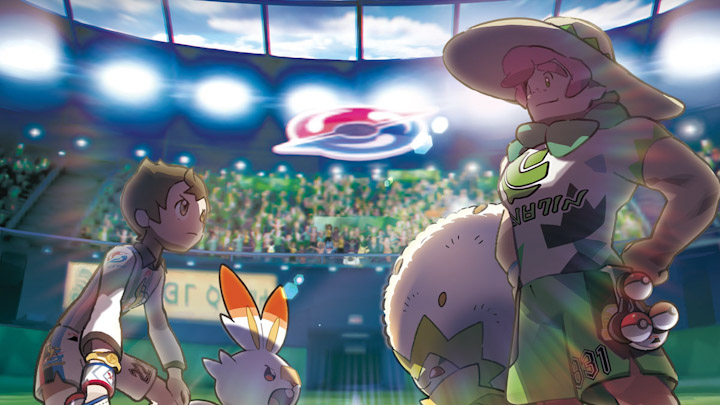 4 new pokemon were revealed. First is Alcremie, a fairy type Cream pokemon. Alcremie produces a cream that is widely used by pastry chefs. This pokemon’s specializes in support moves, blinding opponents, and debuffing them using its whipped cream.

The next Pokemon looks to be a new fan favorite. Yamper is an Electric Puppy pokemon that looks much like a Corgi. Yamper likes to chase anything that moves. Since it generates electricity, it often runs around with electricity. Its ability Ball Fetch allows it to get a Pokeball used in a failed catch, as long as he isn’t holding an item.

RolyColy is a new Rock type Coal pokemon. It’s body is comprised of a red eye that illuminates dark areas and a rock wheel it uses to travel through even rough terrain. Coal is also protruding out of its body. In Galar lore, households used the coal that drops from RolyColy’s body for everyday use. Rolycoly’s ability is Steam Engine, which allows its speed stat to be boosted.

The last revealed pokemon is Duralodon. A steel/dragon pokemon that looks like an obelisk-formed dinosaur. This pokemon’s body is made of a durable but light metal, allowing it to move quickly. Its claws allow it to grind rocks and boulders in search of food. It is found in the same Habitat as Tyranitar, whose often found to be battling this pokemon.

Apart from Pokemon, 2 new gym leaders were also revealed. The thing is, these gym leaders are version exclusive. For Sword, we have Bea, the Fighting-type Gym Leader and for Shield we have Allister, the Ghost-type gym leader.

Gigantamaxing was also introduced. While somewhat similar to Dynamaxing, it is vastly different. As Gigantamaxing not only greatly increases the size of the Pokemon, but it also changes their appearance in a Mega Evolution-esque way.

With the addition of Gigantamaxing, we may get a somewhat “Mega Evolution” for almost all the Pokemon. We’ll be sure to keep an eye out on more details in the following months leading to the November 15 launch.

One Piece Pirate Warriors 4 releases on consoles, PC next year