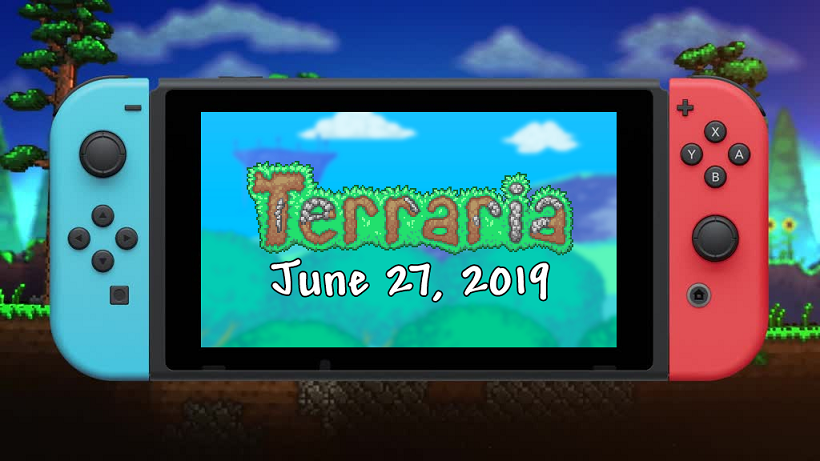 Terraria is now available on all major platforms when it arrives on the Switch eShop in a few days!

For now, we’re only limited to a digital download though Re-Logic is promising they are hard at work on the physical version of the game. For those unfamiliar with the game, Terraria was first released on PC back in 2011, followed by multiple platform releases years after.

It’s a 2D sandbox pixel title that allows players to create their very own structures and bases while adventuring out in a world filled with monsters and loot. The world is procedurally generated, so a single playthrough will have a different layout and what the game calls “biomes”.