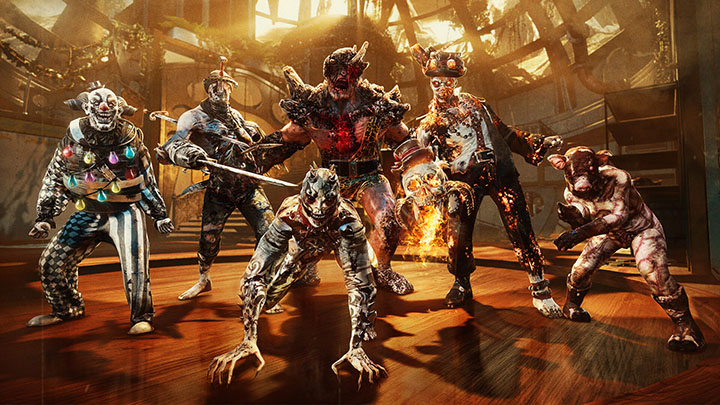 In time for summer, Killing Floor 2’s latest update, called Back & Kickin’ Brass, releasing on June 25, 2019. The update introduces brand new weapons, a new map, and the return of a game mode from the first Killing Floor title.

The new map coming out is the Steam Fortress, which is a steampunk themed laboratory set in Cape Corvo. In addition to this, a drone named Corvo will aid players during their games in this map, provided they pay it a hefty amount.

2 Brand new weapons will be releasing in this update. First is the Seal Squeal for the Demolitionist. This semi-automatic rifle fires harpoons packed with explosives. They will impale Zeds to walls behind them, or stick to walls. After 4 seconds, these harpoons will explode. The alternate fire allows these explosive harpoons to act like C4, where you will detonate them at your command.

The next weapon is the Hemoclobber, this melee weapon is a bat with needles sticking out of its end. This melee weapon is used by both the Berserkers, and the Medics. It allows for you to damage Zeds, and heal allies upon hitting them. You can also load a magazine, which causes an explosion of blue gas upon impact, that heals surrounding players, and damages surrounding Zeds in a certain area.

The Objective game mode from Killing Floor returns, being available in these maps: Zed Landing, Steam Fortress, and Outpost. This game mode, gives a somewhat “Story mode” to the game, where players will have to fulfill objectives to move on to the next wave.