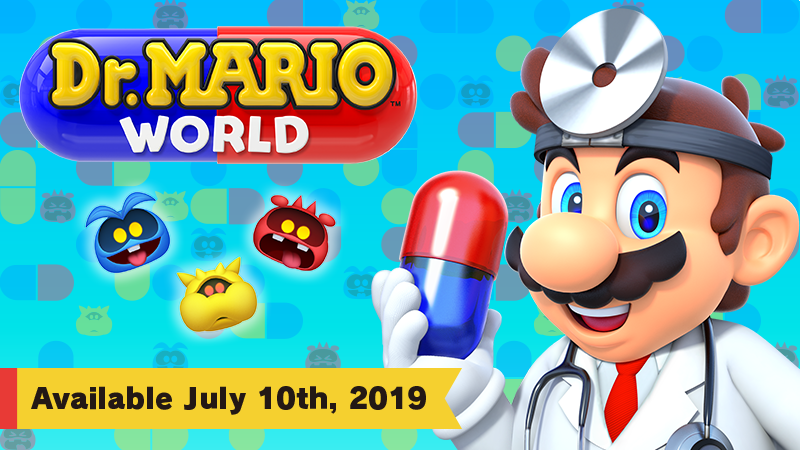 Dr. Mario World is coming to Android and iOS next month!

Feel the nostalgia as you match colored medicine to colored viruses in order to eliminate them, all while hearing the original catchy soundtrack. The mobile iteration is using a different approach as opposed to what we experienced in the original title. Instead of the traditional Tetris-like system, where Dr. Mario throws capsules that fall off the screen, players will now have to drag the medicine into the playing field. These capsules can also be rotated with just a simple tap.

Stages are rigged with various obstacles, traps, and items. Some for the benefit of the player, while others are there to hamper progress. Speaking of items, there are also boosters at the player’s disposal, which can be purchased via coins or diamonds (the premium currency). Not only that, but players can also acquire other doctors, apart from Dr. Mario, randomly via coins or diamonds. These doctors will have their own unique skill. We’re also getting introduced to a rainbow capsule, which can be matched to any virus.

Sadly, we’re getting an energy/stamina system in the form of hearts, which refill over time. Although, all hope is not lost as Nintendo is employing a social system where friends can send out hearts. Initially, there will be five worlds for the single-player campaign, but more will be added in future updates. We’re not just limited to single player though as there is a competitive one-on-one mode. Pre-registration is now open on both platforms, check out the links below:

Microsoft to acquire ZeniMax Media and its subsidiaries