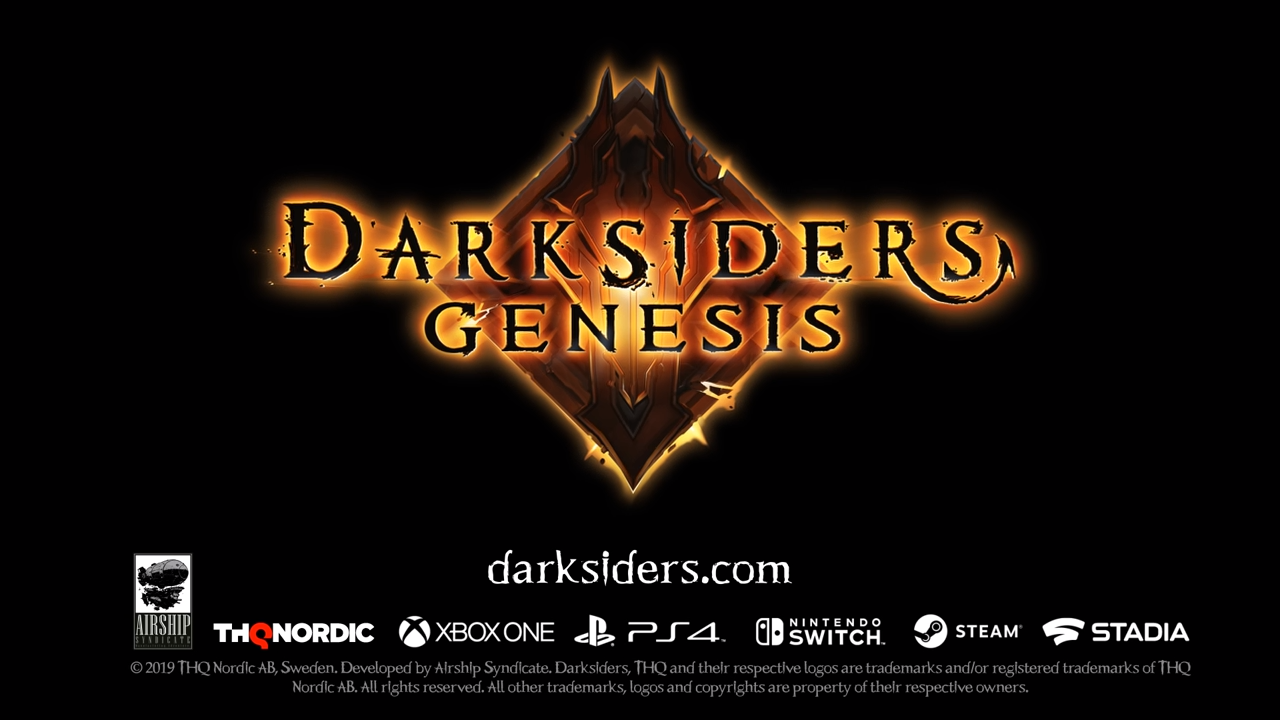 Ahead of E3 2019, THQ Nordic just made the headlines by announcing their newest entry to the Darksiders franchise — Darksiders Genesis. This won’t be a sequel though but rather a prequel and spin-off for the series.

The game forgoes the main series’ third-person action-rpg system for a top-down one that’s similar to the Diablo franchise. The story takes place in a world before the events of the first game and introduces the horseman Strife. Players will take control of War and Strife as they venture forth to hell to confront Lucifer and his demon masters.

It will also feature two-player co-op. The game is pegged at a 2019 release and will be available for the PS4, Xbox One, PC, Nintendo Switch, and Google’s Stadia.