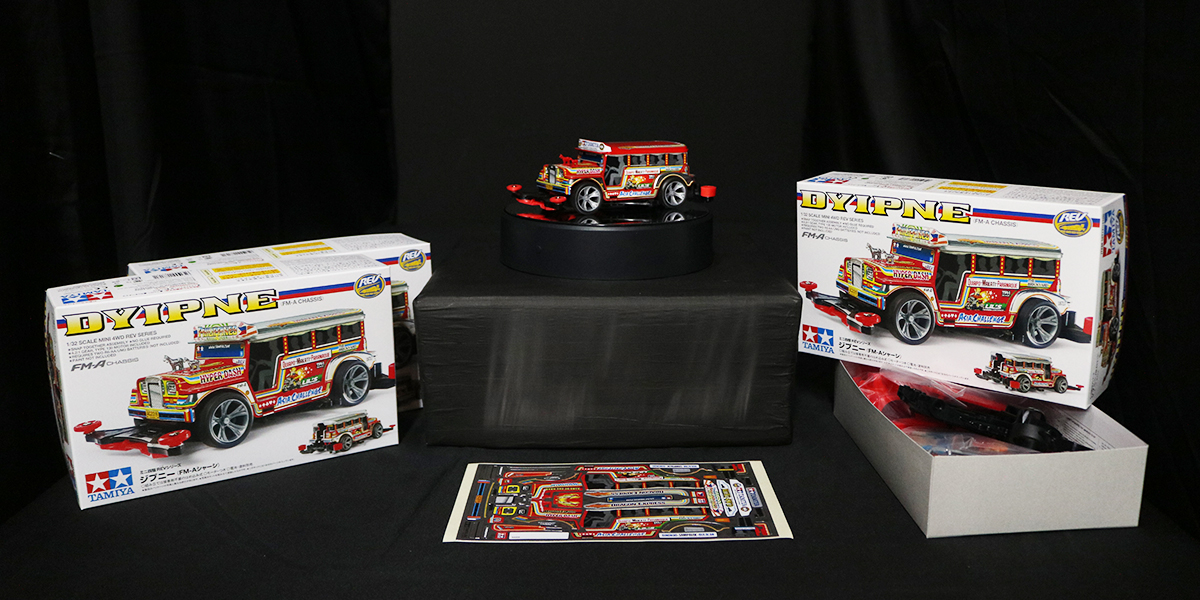 The Philippine Jeepney is now immortalized in Mini 4WD fashion as the Dyipne!

Today marks a historical moment in Tamiya’s history as they pay homage to their Philippine fanbase. The BrickYard and Lil’s Hobby Center is one of the largest shops in Metro Manila catering to Tamiya fans and is celebrating their one-year anniversary this month. Along with that celebration is the launch of an iconic Tamiya Mini 4WD (Four-wheel Drive) — the Dyipne.

The Dyipne is actually a collaboration between The Brickyard, Lil’s Hobby Center, and Tamiya. Straight out of the Tamiya factory in Cebu, Philippines, the new model took about two years to develop. After all, it does have a taller body than most Mini 4WD Tamiya models we’ve seen. It’s not just a commemorative Mini 4WD though, it can be used in races with an FM-A chassis that’s competition ready.

The Dyipne will be on sale starting June 6th and is priced around Php 700-750 (~$13 – 14). It will be exclusive to the Philippines via The Brickyard and Lil’s Hobby Center for the first few months before heading to the global market. You can take a closer look at it via the gallery below. The Brickyard will also be holding the 2019 Tamiya Mini 4WD Asia Challenge Manila on June 20-23, 2019 at Glorietta 2, Makati City, Philippines. This event will be attended by various players from Asia and will serve as the Asia qualifier for the Tamiya World Championship in Japan in November.

Growtopia is now available on consoles