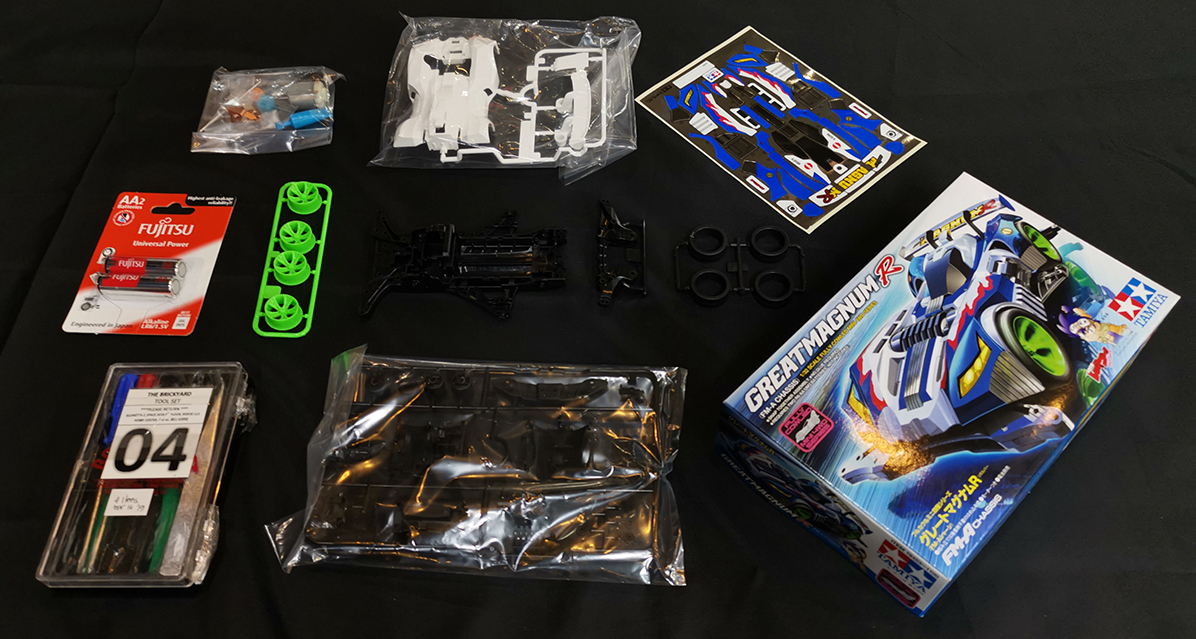 Tamiya was a large part of my childhood and for a day I got to relive that dream again!

These days there’s no shortage of nostalgia feels and throwbacks to colorful memories and life events. For me, that day was June 1st, 2019, when I attended a Tamiya Media Day at The BrickYard in Glorietta 2, Makati City, Philippines. It’s not every day you get to relive one of your most iconic and thrilling childhood days, and for a few hours, I got to experience just that.

Tamiya was a huge part of my childhood days, I used to stare in awe of how such small machines pack such power and speed. Sadly, that hobby of mine was kind of short-lived, since my family couldn’t afford to get a collection of these little beasts. At my Tamiya career’s peak, I may have had at most 2 or 3 models, but I was happy and content. After all, toys were a luxury for me back then, and even just a single model was enough to bring me joy. Tamiya was really huge back in the day but I never really got the chance to ride the wave. I only ever got to play with my neighbors or classmates. I never had the opportunity to feel the excitement, pressure, and nervousness of a real competition.

So, imagine my excitement upon learning that the media event I’ll be attending would have its own mini-tournament. Granted this is just between known friends and the kits we will use are barebones but it was still my very first Tamiya competition. It sure was a blast despite my agonizing loss during the preliminaries of the tournament. Finally, I told myself, finally, I got to experience a competition, even if it was an informal one. This seemingly small-scale tournament brought out a fire in me that had died out more than a decade ago.

Experiencing my first Tamiya competition wasn’t the only monumental event for me. I’ve also forgotten how fun and fulfilling building your own Tamiya race car was. It’s been a good 15 maybe 14 years since I last built or even touched a Tamiya car. From the moment I held that kit we were given, memories of a time long forgotten instantly flashed in front of me. Those hot summer days where I’ll just sit down at our dinner table rummaging through parts as I do my best in understanding how to build this mini automotive. Oh, and I even chose a variant of the Magnum, the Great Magnum R, the family of Tamiya cars by a titular character of the series, Go Seiba.

I couldn’t contain my excitement, so I hurriedly cracked the kit open and took a picture for the world to see. This was going to be my first build in a long, long time. So, naturally, I savored every bit of it. I followed the manual step by step, even though I could’ve just started building the chassis and engine then leave out the body of the car without stickers. Just to finish it in time for the tournament. Yet I was defiant, this was my first build in years, so I told myself, I’ll see this through, all of it. I did just that, I completed the sticker layout of my Tamiya’s body before proceeding to the important parts and boy did I feel so triumphant in placing 40+ stickers in the right place.

Suffice to say, building a Tamiya was just as I remembered. There are times of confusion as to where a part should be snapped, where a screw is to be turned, and where the gears should be placed. Then there was the feeling of relief when parts fall perfectly in place, including that satisfying sound of a click and snap. After maybe a good hour and a half, I finally finished my first Tamiya in more than a decade.

I felt happy, victorious, and fulfilled but mostly I felt like a child again. A child that completed some monumental task after a bit of hard work. Of course, as I took a picture of the incomplete build, I also took a picture of the completed one. I’ve never felt this sense of building achievement in a long time and it was all worth it.

So at the end of the day, despite losing in the tournament and getting confused during building, I was glad and excited. Glad that I got to relive a part of my life I didn’t know I sorely missed and excited at the prospect and possibility of once again launching my Tamiya career. After all, I now have the means to support it myself. So, who would’ve thought that this seemingly out of the blue Tamiya event, had once again brought out the child in me.

Old Titles That are Still Worth Playing