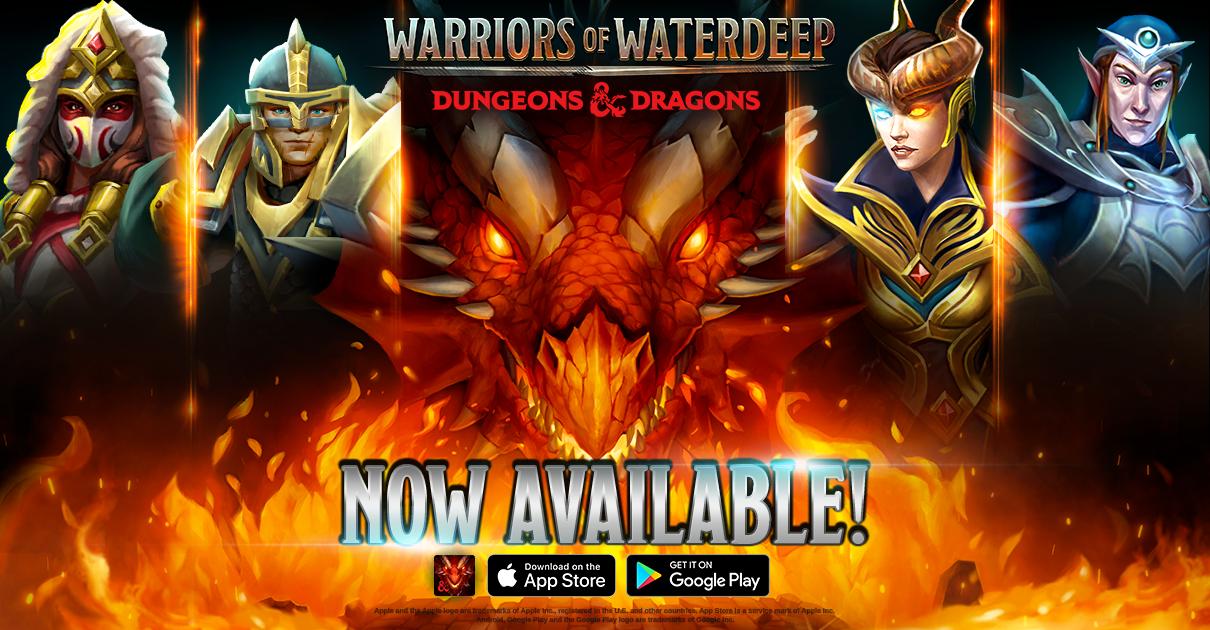 Warriors of Waterdeep, the latest mobile game based on the Dungeons & Dragon franchise, finally hits the mobile platform

Warriors of Waterdeep finally hits the mobile market after quite a long pre-registration and testing run. The game is available on both Android and iOS.

Warriors of Waterdeep makes use of a turned-based tactical battle system, where positioning affects general combat. Players are tasked to assemble a team of fighters from known characters in the D&D universe. Heroes gain levels and can also be powered up by various equipment, which can be upgraded. Equipment can be obtained through chests which are dropped during PvP or PvE. It’s a free-to-play game at its core but there is an option to enter a monthly subscription costing $9.99 (~Php 521) monthly.

We’ll be trying the game out so stay tuned for our initial impressions and review. If you wish to try it out click on the download links below:

Doesn't bring moveth you're was