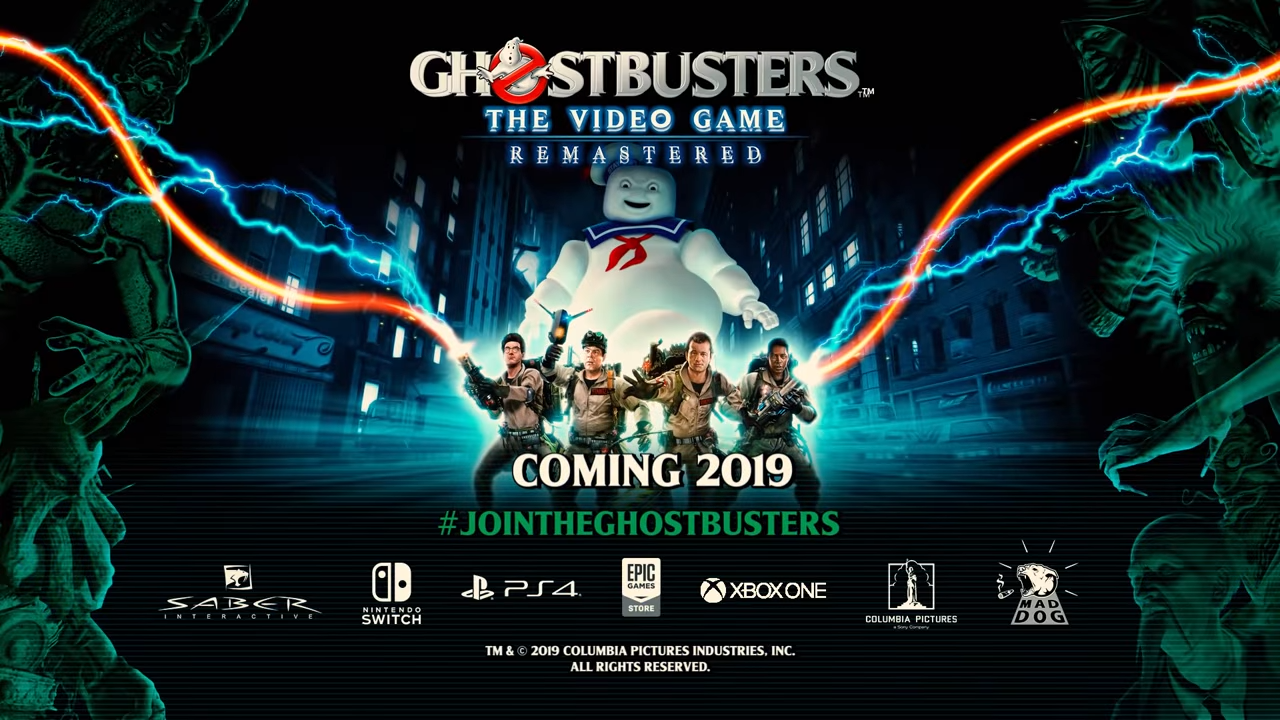 The acclaimed Ghostbusters: The Video Game is getting a remaster this year!

Mad Dog Games, Saber Interactive, and Columbia Pictures band together to recreate one of, if not the, best Ghostbusters game ever made — Ghostbusters: The Video Game. The high definition remaster will head to Consoles (PS4, Switch, Xbox One) and PC (Epic Games Store) this year.

Ghostbusters: The Video Game Remastered is the remake of the 2009 game of the same name. It follows the player’s character as a new recruit of the Ghostbusters, a team of parapsychologists who hunt and capture ghosts. It borrows elements from the third-person shooter and action-adventure genre. The game’s plot was based on the events two years after Ghostbusters II.

What made it unique was that the main cast of the movie series reprised their roles in the game. Bill Murray, Dan Aykroyd, Harold Ramis, and Ernie Hudson voiced over the characters of the game, who happen to also be virtual representations of themselves.

Not only that, but other cast members as well such as Max von Sydow (Vigo the Carpathian), William Atherton, Brian Doyle-Murray, and Annie Potts. Even the story was aided by the principal cast members of the movie productions. Aykroyd and Ramis, who wrote the films, also lent a hand in the script writing of the game’s story.

To top it all off, the catchy original soundtrack of the films were also added to the game. The 2009 original was well received by critics and sold millions of copies during its run. So, we’re basically getting all of what made the 2009 version amazing just in high definition. You can watch the trailer here.

Square Enix is bringing their Final Fantasy XV novel, other manga, books to the west