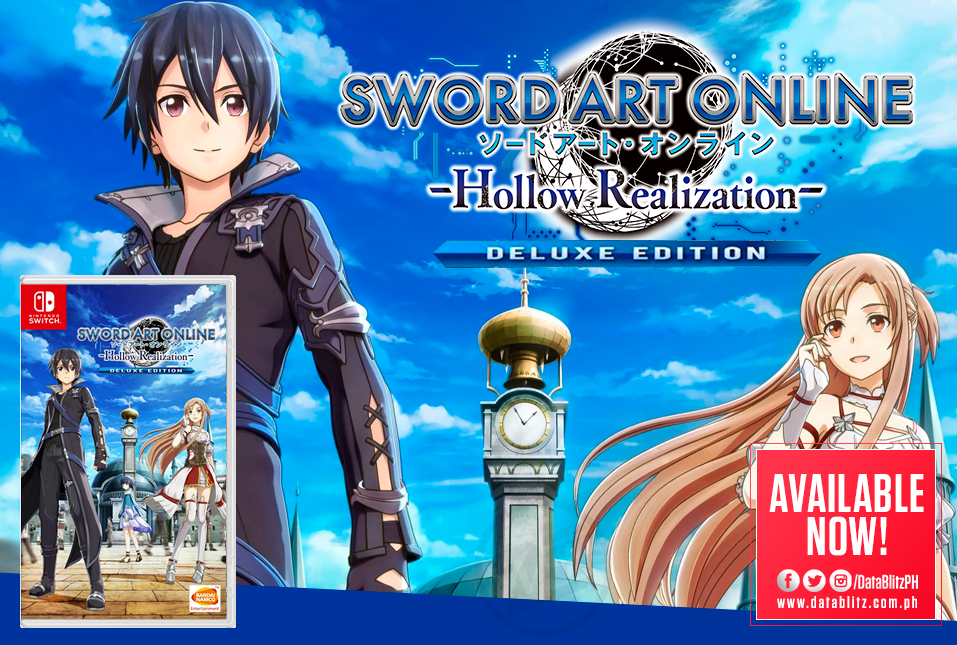 Sword Art Online: Hollow Realization is now up for grabs locally in our country. As always, Filipino gamers can get it through our usual channels.

The game was first released back in 2016 for the PS Vita and PS4, followed by PC a year later. It brings players back into a world after the events of the original story of Sword Art Online, as part of the Sword Art: Origin plot. We’re getting a party of four now instead of three, which was the setup from previous titles. We’re also getting a new battle system, new monsters, and online multiplayer.

The Deluxe Edition includes the base game along with the Abyss of the Shrine Maiden content and Warriors of the Sky update. It’s priced at Php 2,595 and is available at DataBlitz and GameOnePH/i.Tech starting today.

Story of Seasons: Pioneers of Olive Town debuts on Switch