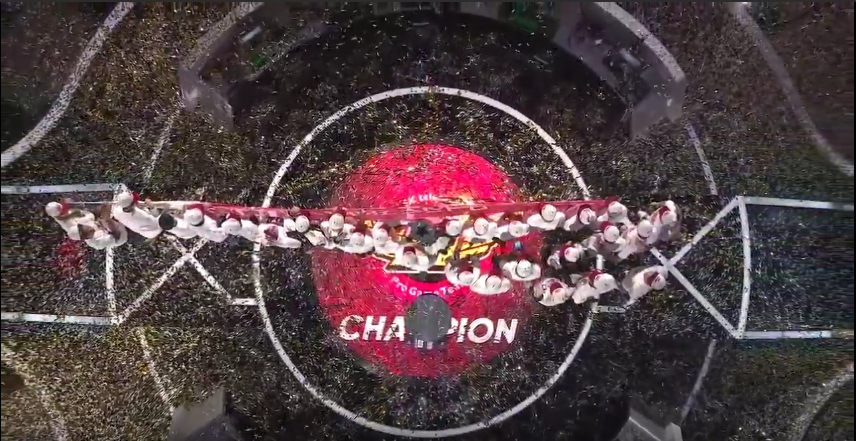 The League of Legends Gods are back.

The redemption arc is in full swing as SKT T1 destroyed Griffin 3-0 in the 2019 LCK Spring Finals. With that, they win their 7th LCK title and the superteam now sets their sights onto the 2019 Mid-Season Invitational. For now, let’s look back at SKT’s impressive win over Griffin.

Game 1 started off as explosive as ever with unorthodox picks and back and forth moments. Griffin surprised a lot of people starting from picks and bans with Taliyah and Pantheon in the bot lane while SKT opted for a standard, scaling comp with the Ezreal and Ryze. The game started out phenomenal for Griffin after they grabbed an early pick onto Mata’s Braum which was converted into an infernal dragon, rift herald, and turrets. However, SKT started to turn the game around with phenomenal teamfighting around baron and dragon. Although Griffin managed to secure a baron of their own along with elder dragon at the end, it was not enough as SKT steamrolled their way to a Game 1 victory.

Game 2 featured both teams switching identities as SKT went on the offense and Griffin positioning themselves on the defensive. SKT drafted the triple carry comp of Akali, Azir, and Lucian while Griffin went for a standard scaling comp with the likes of Ezreal and Lissandra. While Griffin started out well in the first game, game 2 was a different story as a disastrous invade gave SKT two early kills. From that point, it just went downhill for Griffin as SKT got pick after pick, following some questionable teleports from Viper and Sword. At the near-30 minute mark, SKT had gobbled every objective on the map, won a decisive teamfight in Griffin’s red-side jungle and broke the Nexus, and with this decisive win, put themselves at match point.

The nerves seemed to get to Griffin as the series moved into game 3. Interestingly enough, Griffin opted for a slightly modified version of their game 1 comp, picking the Taliyah-Pantheon bot lane with the Elise and Aatrox in the top lane. SKT, once again went with their game 1 comp with the exception of Khan on his signature Riven pick and a Jarvan for Clid. Once again, the game was back and forth with SKT grabbing early kills and Griffin answering back with some skirmish victories. However, SKT managed to grab an ace in the mid-game which translated into dragon, baron, and a little while later, the game. With that, SKT wins game 3 and are your LCK Spring 2019 Champions!

We apologize for not being able to show the end-game statistics for game 3. We will add a picture once Riot-LCK releases the official stats.

That’s all she wrote for LCK spring 2019! With this win, SKT will represent Korea at the 2019 MSI later this year. However, This isn’t the end of League of Legends action as there are still a lot of important series that will take place within the weekend. You can check out our article on all the LoL action going on here.

For the Latest LoL updates, check out the LoL Esports page.