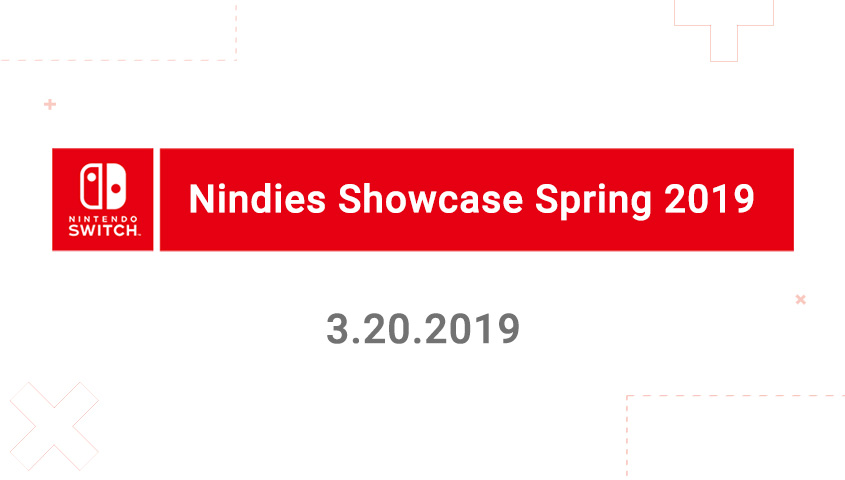 The Nindies that grabbed our attention!

The Nindie Spring Showcase 2019 was a 30-minute glory-fest for indie developers of Nintendo’s hybrid. We were showered with gameplay clips and startling announcements. While all of these devs and games deserve our love, there were a few that made our eyes twinkle.

Before all of that though, if you wish to view the entirety of the showcase head on over here. Right then, let’s get to it!

A game that needs no introduction and is probably the biggest title announcement of the showcase — Cuphead. Often compared to Dark Souls, yet another unforgivingly difficult game, this run and gun shooter has built a reputation for being a big pain in the A. Mainly because of its taxing stage formats and wild bosses.

Yet if you go pass the difficulty, you’ll find a unique looking game, visual and audio-wise — thanks to its 1930’s cartoon inspired graphical artstyle and music. Not to mention it has multiplayer, so you’re not alone in raging, just keep your Switch and JoyCons safe from all the anger. Cuphead releases on April 18th and is priced at $19.99 (~Php 1,055).

Cadence of Hyrule – Crypt of the NecroDancer

Now, this announcement was both surprising and exciting. Cadence of Hyrule is basically a mash-up of Crypt of the NecroDancer and Legend of Zelda, an unlikey fusion that looks immensely fun. Crypt of the Necrodancer gained quite a reputation for combining rogue-like dungeon mechanics with rythm-based combat.

Basically, during battles actions are more effective when matching the beat of the current song and less effective when a beat is missed. This adds quite a learning curve but also a unique gameplay feel. Cadence of Hyrule will take on this same system except now the setting is in, well, Hyrule (the world of Legend of Zelda).

The world isn’t the only thing changing as Link and Zelda themselves will be playable characters and the tunes are now remixed Legend of Zelda music. Cadence of Hyrule is set for a spring 2019 release.

Yet another surprising announcement, we’re getting another video game adaptation of Netflix’ hit series, Stranger Things. Aptly named Stranger Things 3: The Game, this title will bring us back to Hawkins and the world of the Upside Down. The story will be inspired and based on the 3rd season of the series, but with a few game-only scenes and events (separate from the series).

It will feature 12 playable characters from the series and a local co-op mode. The game will launch the same day as the series’ return on Netflix, which is on July 4th.

First up is the introduction of the G-SOPHIA (the lovabe tank of Jason, the protagonist) Gaea System. Falling from higher heights and taking damage builds up SP, which is used to activate G-SOPHIA’s sub weapons. Another new addition is the Blast Counter, as the name suggest this is a counterattack move that must be timed correctly.

Perhaps the only thing we’ll miss here is co-op multiplayer as unlike Blaster Master Zero, Zero 2 is only single-player. The game is out now on the e-shop for $9.99 (~Php 528).

The Switch is now part of the platforms where Twirlbound’s open-world action adventure title, Pine, will reside. The game looks visually stunning and promises a vivid open-world experince.

Although, that’s not where the game will shine but rather on its AI system. Interestingly, the environment and the species of the game will adapt to the players actions.

How so? Well, for one the species in the game will change their combat approach based on the player’s fighting style. Example, a more conservative player that focuses on defense will be greeted by a more aggressive opponent.

The lore of the game is also interesting, in that humans are not at the top of the food chain and the species of the game have developed their own languages and tools. Think Star Wars or Star Trek but just on earth. The game releases this August.

And there you go, again these are just the titles that personally caught our eyes, partly because we were a long time fan of the franchise or they’re just truly interesting. If you want more information about these games be sure to watch their air time in the showcase.

Do not get us wrong though, the other titles announced in the showcase also show promise and as we’ve said each and every one deserves our love.

Growtopia is now available on consoles