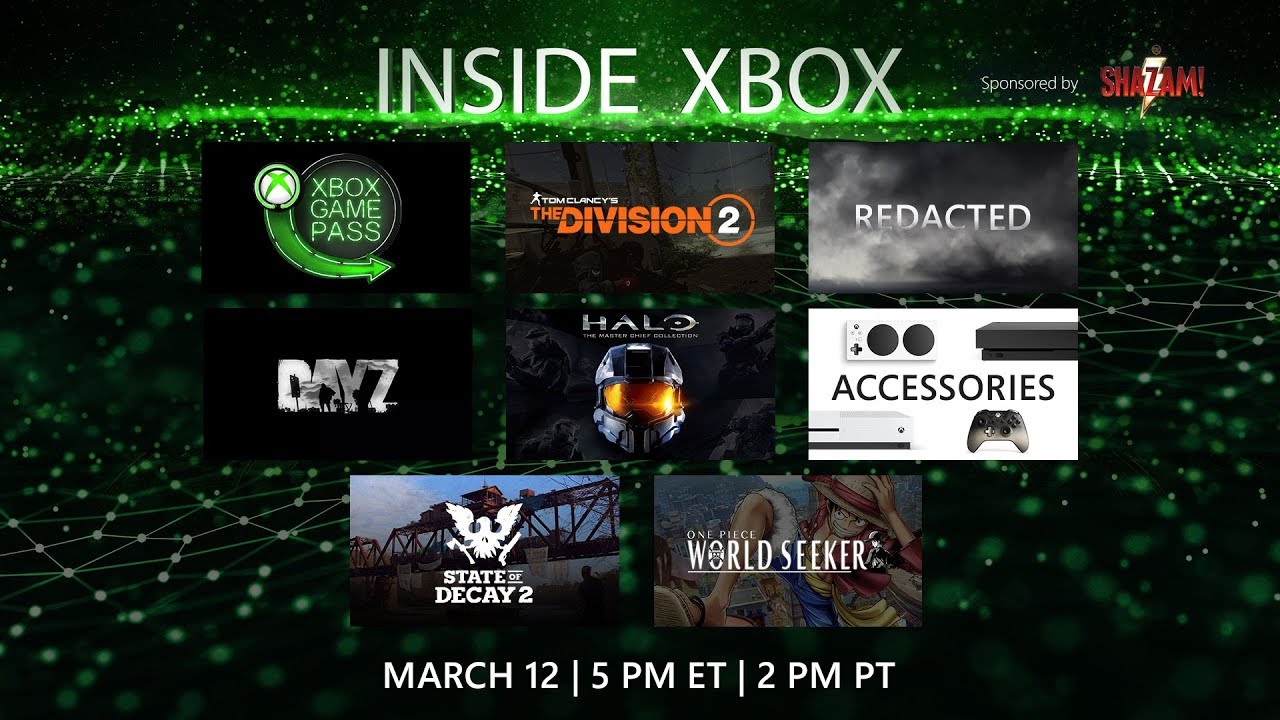 All the major goodies in Season 2 Episode 2 of Inside Xbox!

Microsoft kicked off the second Inside Xbox of 2019 earlier today and with it comes some exciting news and tidbits. Particularly, with Halo: The Master Chief Collection and Project xCloud.

Let’s not dilly-dally much and get right to probably the biggest news of this Inside Xbox episode — the Halo: The Master Chief Collection (MCC). It will no longer be an Xbox exclusive since its release back in 2014 as the collection heads to PC via Steam and the Microsoft Store. 343 Industries, the ones that brought MCC to Xbox, are still the ones at the helm for the PC transition.

The titles in the collection will be released one by one, meaning we won’t have the entire series in one go. That’s not all though, Halo Reach is also heading to the collection itself, both for the Xbox and PC versions. Although there are some caveats, Xbox owners with a copy of the MCC will be able to play the multiplayer modes of Halo Reach without any additional costs.

However, if they wish to play the campaign and firefight modes then they’ll have to buy it as a premium digital add-on. Game Pass subscribers though, need not worry as the entire Halo Reach will be included and not broken up into two miserable pieces. For soon-to-be PC owners, on the other hand, the entire Halo Reach will be their first taste of the MCC, followed by the rest of the titles in chronological order.

Project xCloud is Microsoft’s grand dream of game streaming, where they provide the hardware and you just basically play a game over WiFi on the platform of your choice. Yes, folks, Microsoft has reminded us of their ambitious project and during this Inside Xbox they finally provided a demo (which you can check out below). This is one of Microsoft’s projects, which we are truly excited about. I mean, come on, it’s not every day you get to play Xbox games while on a commute or when you’re outside.

Yep! what you just watched is Forza running on an Android phone that’s mounted on an Xbox controller (Sweet!!!). The bigger news though is that Microsoft is planning on starting public trials this year.

Today marks the day of the Gold and Ultimate Edition release of the much-anticipated sequel to the “The Division” franchise — The Division 2. The game will officially launch on March 15th, this Friday. So what does the Gold and Ultimate Edition entail? Well, for starters it lets you play the game right away, you need not wait for the official launch. As for the other goodies well here they are as follows:

The Inside Xbox episode wasn’t all about software as we also got the first glimpse into the newest controller to grace the ever-expanding portfolio of Xbox. This time around we got a new member of the Phantom line — the Xbox Phantom White Controller.

As the name suggests the entire controller is white inside and out. Then we have a fade-away effect on the top portion to reveal the mechanical bits and pieces inside. It’s compatible with the Xbox One family of consoles and features a 3.5mm jack as well as Bluetooth support. The Xbox Wireless Controller – Phantom White Special Edition is priced at $69.99 (~Php
3,692) and is now up for pre-order (link here).

State of Decay 2 is getting a new update entitled Choose Your Own Apocalypse, bringing with it two new difficulties — Dread Zone and Nightmare Zone. Both of these difficulties have harder zombies, NPCs, more hordes, fewer resources, or practically just a new hellish experience.

Particularly nasty in Dread Zone is the addition of Armored Zombie hordes and the blood plague can now finish you off in just 30mins. It’s a lot worse in Nightmare Zone though, where the plague can kill you in just about 10mins. The update arrives on March 26th.

The Zombie survival game, DayZ, is finally heading to Xbox One on March 27th. The game was in a five-year long early access before becoming official December of last year. It’s been exclusively available for PC until the Xbox and PS4 ports were announced.

For a little refresher, DayZ began as a little mod for Arma 2 back in 2012. Due to its immense popularity and success, it was taken up by Bohemia Interactive and was made into a standalone game. Of course, the mastermind behind the mod, Dean Hall, became the lead developer for the standalone version. The mod remains alive and is now under the caring hands of the Arma 2 gaming community.

And that’s about it for our recap of Microsoft’s March 12th (Season 2, Episode 2) Inside Xbox livestream. We condensed the big announcements as much as possible to save you some time. If you do want to watch the entire stream then head on over to this link here.