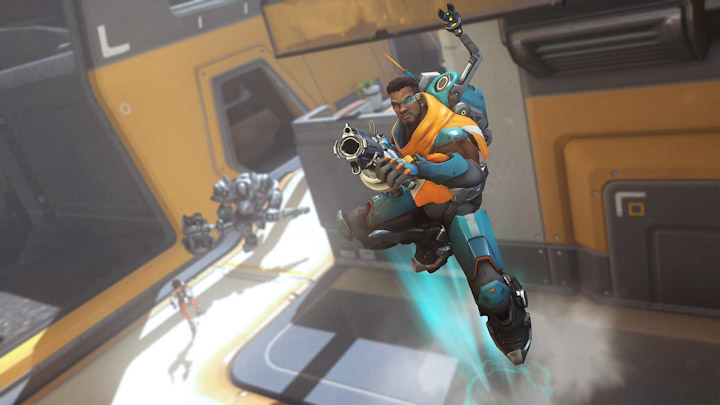 Overwatch’s New Support was just revealed. A combat Medic whose backstory involves one of hardship and redemption. Hailing from the country of Haiti, Baptiste was orphaned by the Omnic Crisis. Determined to prevent the same fate, he learned combat skills and became a combat medic for the military. Soon after He was enlisted to the Talon Mercenary group, but later defected as he realized these people brought the same fate he had in the past to other people.

Baptiste’s Weapon is a Biotic Launcher that fires a 3 round burst as primary fire and an alternate fire that shoots a projectile that explodes and heals allies.

His first ability is called the Regenerative Burst. Once activated he applies a burst of heal over time to himself and surrounding allies, much like what Lucio does. His next ability is an interesting one — Immortality field, where Baptiste and his allies cannot be killed in an area momentarily. Although they can still be damaged. The generator of this field can not be destroyed, giving players some breathing room during clashes.

Baptiste’s Ultimate ability is Amplification Matrix, which allows shots that pass through it to deal double damage, or heals to heal more. Baptiste also has a passive ability that allows him to jump higher when crouching.

Baptiste looks to live up to his name as a Combat Medic as his Kit relies on healing and support as well as aggresive agressive plays towards enemies.