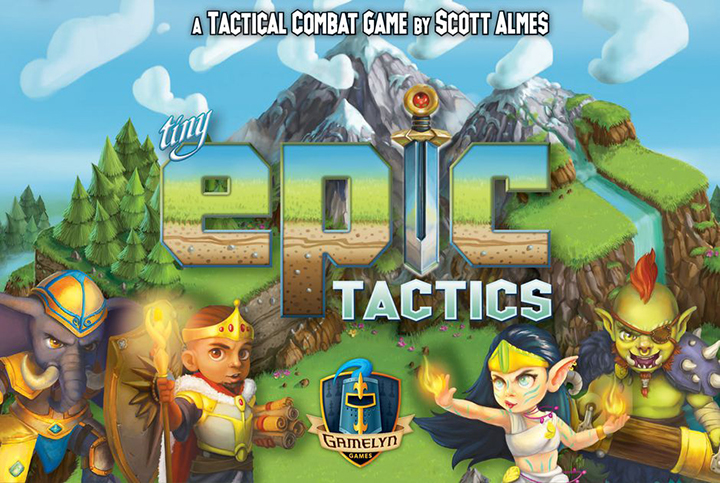 Gamelyn Games and Scott Almes is adding yet another title to their long-running Tiny Epic franchise. This time around we’ll have tactical combat in the form of Tiny Epic Tactics. Of course, in keeping the spirit of “Tiny Epic” the entire game fits in a tiny little package.

The game will feature a 3D environment, which is a first for the franchise, as well as four game modes — Solo, 2-4 player competitive, 2-player cooperative, and 4-player team play. Much like a tactics game, players will control a team of heroes (1 of each — Fighter, Wizard, Rogue, and Beast) in a grid-based map. Each turn a player is given 3-actions, which they can use to attack or move.

Players have access to three types of attacks — Melee, Missile, and Spell. Winning is determined by victory points, which can be obtained via various means, the most obvious of all is by defeating enemies. Points will also be awarded for area control and surviving heroes.

Solo and Co-op is a little different, in that players will adventure across maps fighting spawned enemies and exploring areas. At the time of writing, there are already 3,200+ backers and counting. The campaign will run for the next 15 days. If you wish to know more about Tiny Epic Tactics or back its Kickstarter Campaign then click here.

ASUS PH opens up pre-orders for their Z490 Gaming Motherboards