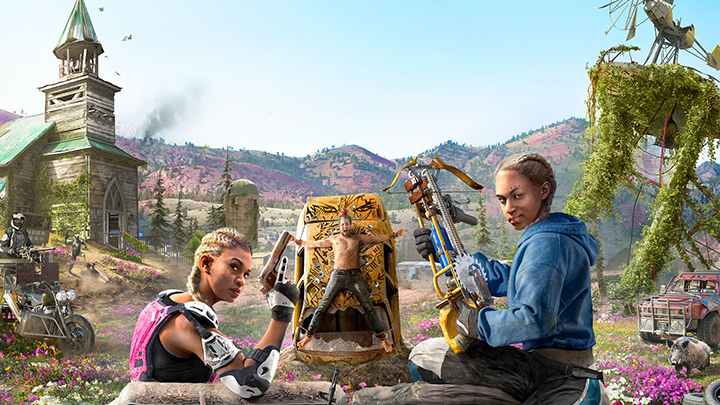 The latest spinoff in Ubisoft’s acclaimed Far Cry Series, Far Cry New Dawn, finally got released on the PS4, Xbox One, and PC today. The game takes place in Hope County, Montana 17 years after the nuclear war we witnessed in Far Cry 5.

Far Cry New Dawn retains the core gameplay and mechanics of the series, including the Guns for Hire and Fangs for Hire system of Far Cry 5. Players are once again thrusted into an open world post-apocalyptic environment they can freely explore by foot or via vehicles. Being a sort of sequel to the last entry, we’ll see returning characters from Far Cry 5.

Players have access to single player or two-player online co-op modes as well as a homebase that can be upgraded and outfitted. The game is out now on Steam, the Microsoft Store, and the PlayStation Store. Links here: