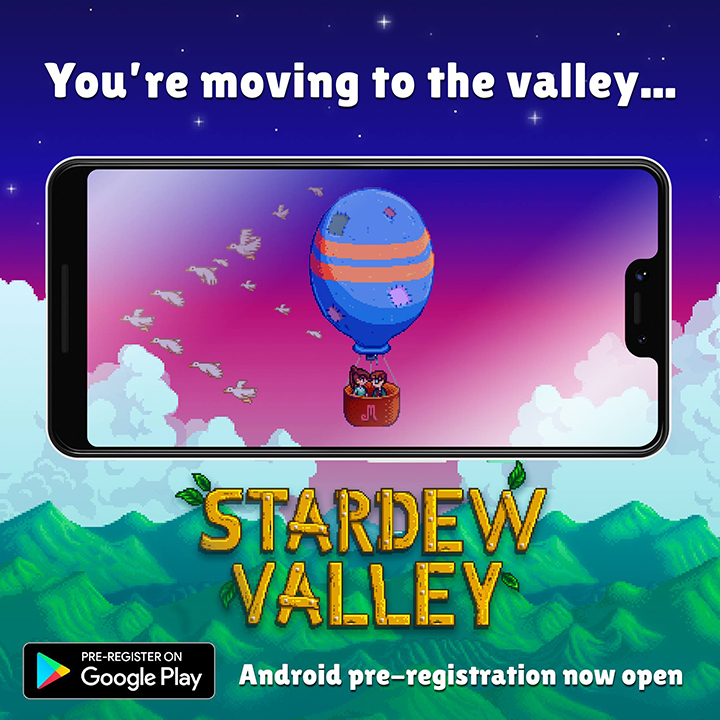 Sadly, the game won’t have multiplayer on launch, it’ll probably arrive at a later date. The Android port will have the same version as the one found on the iOS (up to v.1.3). The bigger announcement though is that PC save transfer is supported, meaning those playing on the big screen can easily continue their game on their smartphones. Thanks, Ape, that’s pretty neat.

At launch Stardew Valley Android will support the following languages:
English, Russian, Simplified Chinese, Japanese, Spanish, Portuguese, Italian, French, Korean and Turkish. It will be priced the same as the iOS one at $7.99 (~
Php 419)

Apart from that, ConcernedApe also reassured console fans, particularly PS4 and Xbox peeps, that the multiplayer update development is “coming along well”. Although the release timeline is still, in a couple of months. We also did not get any specific release date for the Android port. In any case, the game is now up for pre-registration at the Google Play Store (link here)