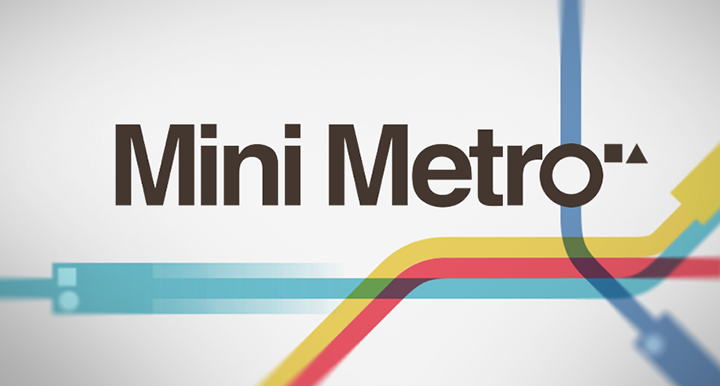 Never before has public transport been this fun.

Mini Metro is a puzzle-strategy game that was developed and published in late 2015 for PC and 2016 for Android by developers at Dinosaur Polo Club. With its simple mechanics, numerous challenges, and minimalistic style, Mini Metro is a low-spec game you definitely should play.

The premise of Mini Metro is simple: build a train system that gets every passenger to their destination without overcrowding stations. In the game, commuters are represented by shapes who want to reach a station that matches their shape. Your goal as the manager of a subway is to move as many people as possible, using your arsenal of train lines and carriages to ferry commuters to their destinations. However, if you can’t move those passengers fast enough and a station overcrowds, it’s game over.

Despite this simple premise, there are plenty of challenges that are sure to test the limits of your problem-solving skills.

For starters, players only have a limited amount of carriages, train lines, and tunnels to build their network. While you gain new resources each week, you still have a growing number of passengers to move around, and with new stations popping up all over the map, optimizing these resources is key.

Mini Metro also allows players to design the transit systems of different cities, each one with their own fair share of obstacles. For example, the New York City map has the challenge of bridging two communities divided by the Hudson River, so you need to manage your tunnels to make things work.

Additionally, as each scenario progresses, the complexity of the passengers increases drastically. Each game starts out with three types of commuters: square, triangle, and circle and you have to deliver these people to their respective stations. As you go later into the game, you get faced with “special passengers”, people with unique shapes — hearts and crosses to name a few. They appear all over the map, despite the fact that all of them only have one option for the station they have to go to, so ferrying them is going to be an extra challenge.

Aside from the gameplay though, its minimalistic visuals look absolutely stunning. For each stage, all you can see is a white and blue representation of the terrain — an ample backdrop for you to weave your tapestry of train lines. These visuals, combined with the relaxing music won’t draw people away from the actual gameplay, allowing you to focus on building the best metro possible.

As a result of the minimal graphics, the system requirements for this game are extremely low, with the minimum at 2 gigabytes of RAM and a 2.0 GHz processor.

Even though this game was released 4 years ago, the devs are still hard at work in designing new features for Mini Metro. Last November, they released creative mode, where players have unlimited resources to create their dream metro. Additionally, Mini Metro has a solid community that’s more than willing to share some more advanced tips to get your subway up and running. Overall, Mini Metro’s simple premise, combined with its numerous challenges and minimalistic style make this game perfect for any potato PC.

Trackmania Nations is getting a remake